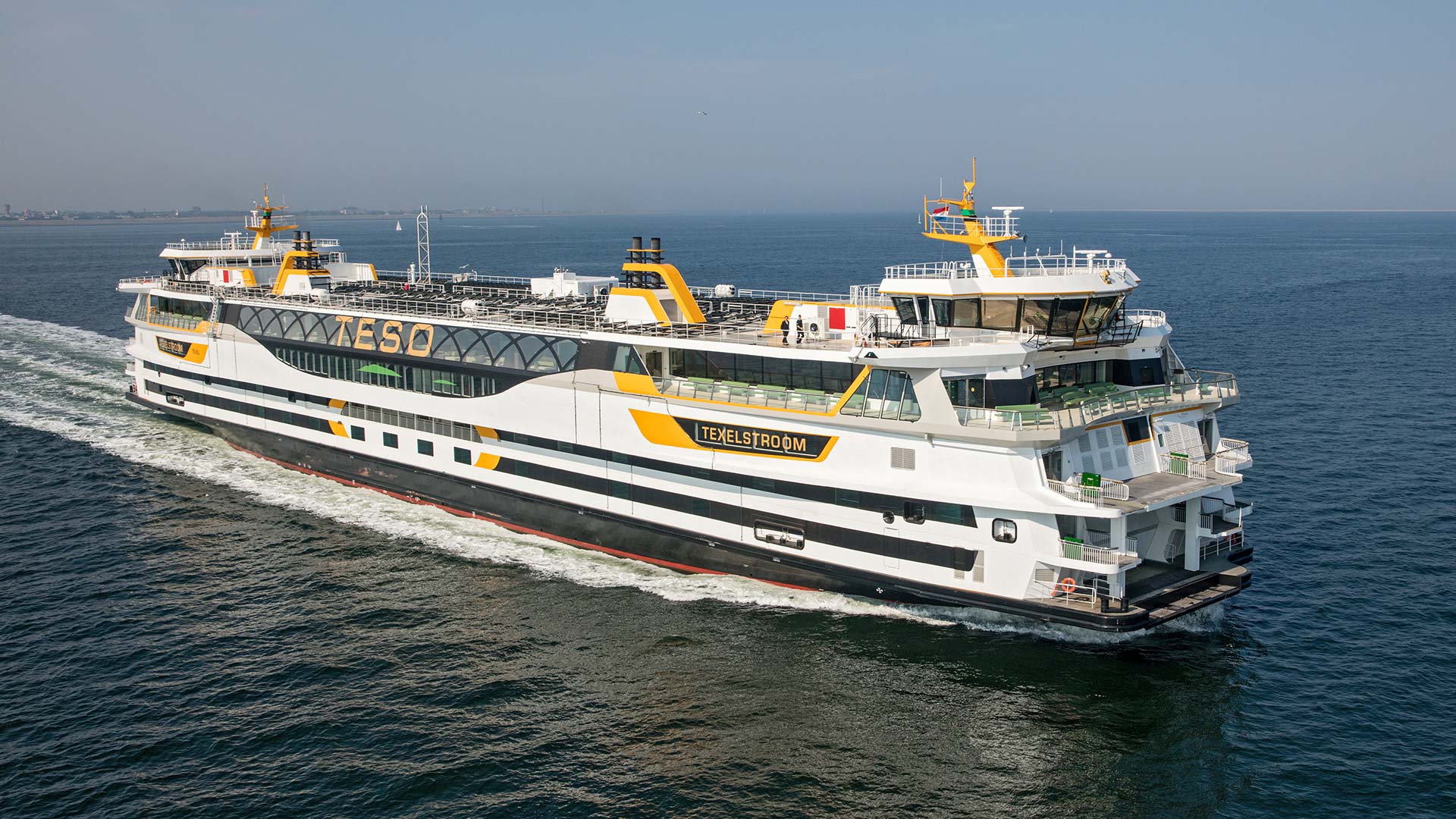 C-Job was responsible for the Initial, Concept & Basic Design for this double-ended ferry which has been in operation since 2016 between the beautiful Dutch island of Texel and Den Helder. The ferry is operated by locally owned organization TESO. The challenge was to achieve an increase of 10% more cars without increasing the length (due to less maneuverability) and less wind pressure. Due to the T-shaped design, the car capacity increased by 18% and although the lateral surface increased marginally, the wind pressure was reduced compared to the Dr. Wagemaker. Vripack is responsible for the interior en exterior design of the ‘ms. Texelstroom’.

During the Initial Design, C-Job investigated both LNG as CNG fuel (including HAZID Studies). Eventually, TESO decided on a “Dual Fuel System” with CNG. Furthermore, there is a Hybrid propulsion system with Battery Packs to shave of the peaks in energy demand on board. Solar panels are responsible for about one half of the Hotel function.

END_OF_DOCUMENT_TOKEN_TO_BE_REPLACED

The ms Texelstroom The ms Texelstroom is more energy efficient, cleaner and more sustainable than all her predecessors. This highly innovative double-ended RoPax Ferry is the first of her kind.   Increase the capacity without making the vessel longer, broader or...

END_OF_DOCUMENT_TOKEN_TO_BE_REPLACED

Texelstroom is more cost-efficient, cleaner and more sustainable than all her predecessors

With the knowledge that more people will be going to and from the island combined with the fact that the Schulpengat ferry was up for renewal, the people of Texel focused on a new innovative flag ship back in 2010. The objective; a cost-efficient, clean and...

END_OF_DOCUMENT_TOKEN_TO_BE_REPLACED

Ferry Texelstroom arrived at the Dutch island of Texel

For the first time in history, the new CNG Electric Hybrid RoRo ferry “Texelstroom” arrived at the Dutch island of Texel. The Vessel fitted perfectly in the quay and the car bridge. Click here to view the article (in Dutch).

END_OF_DOCUMENT_TOKEN_TO_BE_REPLACED

The building of the TESO is captured on a video journal . You can follow the progress in this edition of July. The build of the new ferrie runs on schedule at LaNaval shipyard. "The boat is growing every day and the yard is working very hard." said Bert Young Project...

END_OF_DOCUMENT_TOKEN_TO_BE_REPLACED 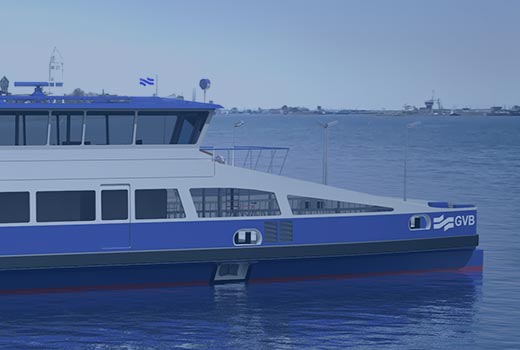 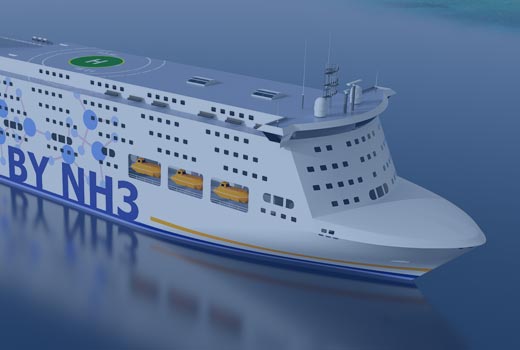 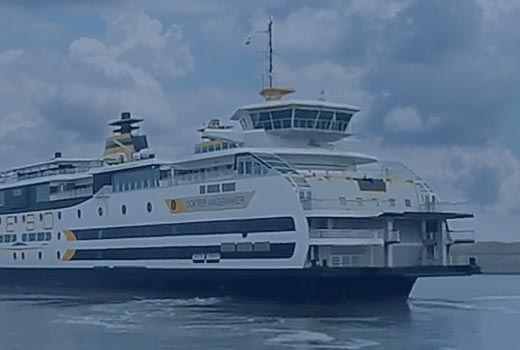