Ammonia as a marine fuel

As the global maritime industry strives to reduce its carbon footprint, C-Job is looking at cleaner and greener alternatives to conventional fossil-based fuels. For years, C-Job has been a strong believer in ammonia as a marine fuel and first explored its potential in 2016 and published extensive research into the subject in 2019. The research showed that ammonia can safely and effectively be applied as a marine fuel.

Ammonia – NH3 – is a colorless gas. It is a compound of nitrogen (N) and hydrogen (H), both of which are abundant elements.

The process to obtain and combine nitrogen and hydrogen into ammonia requires electricity. In this way, ammonia production is an ideal way to utilize the (over)capacity of solar and wind-generated electricity.

Ammonia is produced by combining nitrogen and hydrogen in the Haber–Bosch process.

Ammonia as a marine fuel

There are many benefits to using ammonia as a renewable fuel in the maritime industry. It has no sulfur oxide (SOx) and no particulate matter emissions. If the whole supply chain is sourced from renewables, it is a carbon-free fuel.

Due to its long history in the fertilizer industry, ammonia is an easily sourced material with established working practices.

Ammonia production is straightforward and the internal combustion engine to use ammonia as a marine fuel already exists and fuel cell technology is advancing fast. Combined, ammonia is a renewable fuel with much potential.

“Reviewing all ammonia power generation options, the Solid Oxide Fuel Cell (SOFC) is clearly the most efficient. However, it does have practical challenges as the power density and load response capability are not on an acceptable level yet. Therefore, in the short term applying the internal combustion engine is the way to go.”
- Niels de Vries, Lead Naval Architect

C-Job research: ammonia carrier fueled by its own cargo

The research performed by Niels de Vries uses an ammonia carrier concept design which is fueled by its own cargo to compare the performance of ammonia as a fuel versus conventional fuel. The ammonia carrier features an internal combustion engine that uses an ammonia hydrogen mixture (ICE SI). Additionally, in the design of the bulk carrier, transporting ammonia as cargo, all safety aspects required were incorporated.

The result shows that ammonia can be used as a marine fuel when a number of safety measures are incorporated into the design. A full risk assessment with design consequences for a fuel system using ICE with an ammonia hydrogen mixture is included in the C-Job research by Niels de Vries.

The Ammonia Energy Association is an international industry association with the aim to promote the adoption and use of ammonia in a sustainable energy economy. C-Job Naval Architects has been a member of the association since 2018 in a further commitment to research ammonia’s potential. Together we collaborate with other industries and have the ambition to realize a safe and efficient ammonia-fueled vessel.

ENGIMMONIA is a consortium of companies and organizations from the maritime sector that together are looking at ways of contributing to the decarbonization of our industry. The EU-funded project started in 2021 and will run for four years. Its main objectives are to accelerate the introduction of alternative fuels, with a particular focus on ammonia. and the identification and transfer to the maritime sector of proven clean energy technologies already in use in terrestrial applications.

This project has received funding from the European Union’s Horizon 2020 research and innovation programme under grant agreement No 955413. 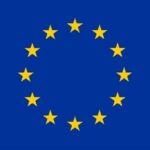 The maritime industry must shift towards renewable marine fuels in order to ultimately phase out emissions...
This website uses cookies to improve your experience. We'll assume you're ok with this, but you can opt-out if you wish. Cookie SettingsAcceptReject All
Manage consent